How To Stop Fracking Noise 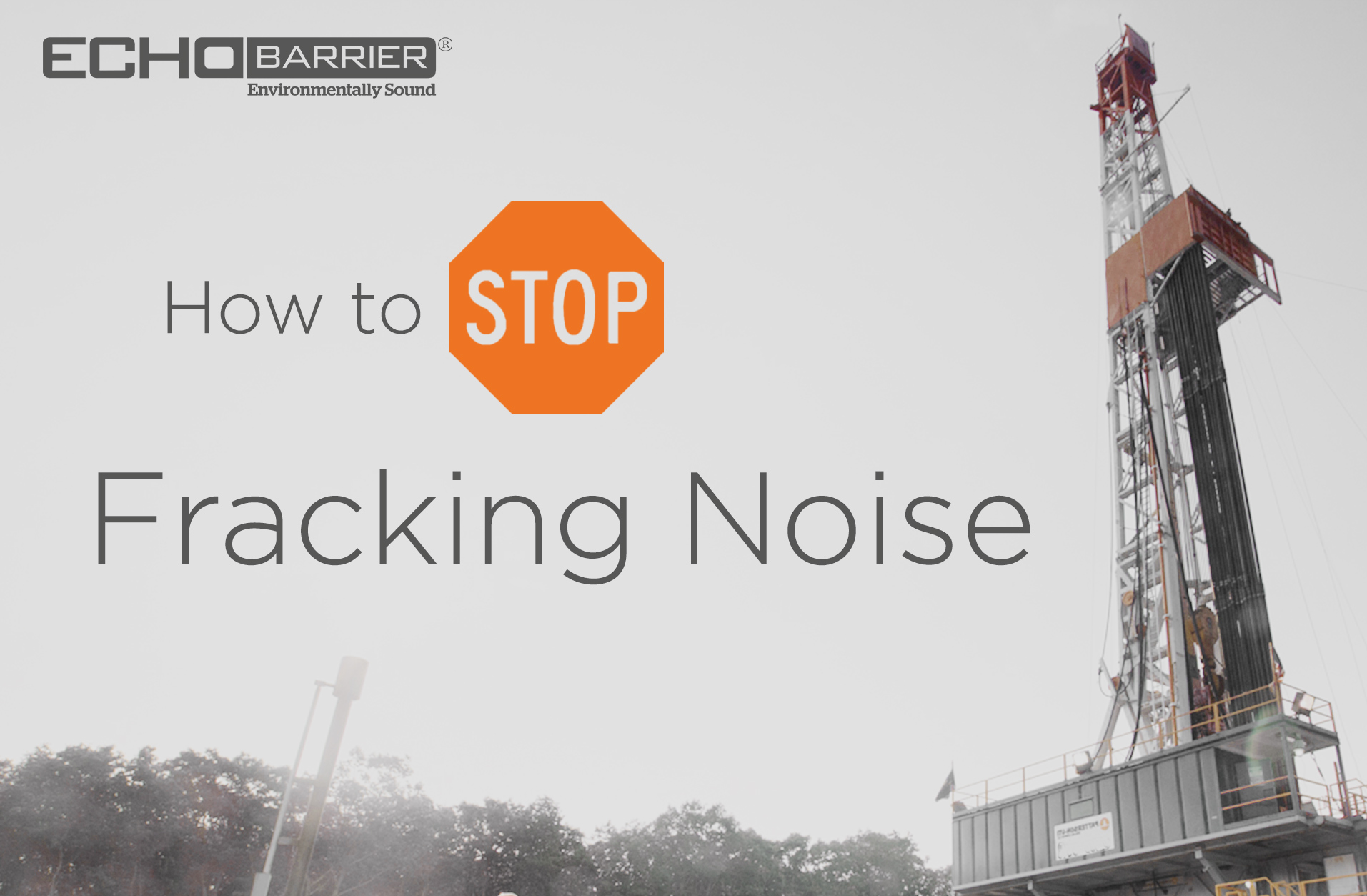 Piles of money, deep holes in the ground, and a whole lot of noise; fracking is the gold rush of the 21st century.

However, it hasn’t been all rainbows for the industry, as it continues to make its name synonymous with controversy. Luckily, a modern practical solution is being implemented to help keep fracking as innocuous as possible.

A bit of a racket

Unfortunately for both civilians and frackers alike, many wells are needing to be drilled inconveniently close to townships, resulting in rather publicized conflicts. Since the resurgence of fracking (an abbreviation of ‘hydraulic fracturing’) as an oil and gas retrieval method in 2008, these conflicts have seen corporations clashing with communities and activists in an endless debate over its benefit against the potential harm it is causing.

Read: Fracking: The Pros And Cons

The only thing louder than these heated protests and arguments is the fracking itself. This includes the entire exploration and production process, from preparing the site, drilling, and the actual hydraulic fracturing.

The levels of noise being emitted from the vast array of equipment and aggressive operations taking place on fracking sites are enough to cause damage to the health of humans and surrounding wildlife. With almost 1 billion people expected to suffer from disabling hearing loss by the year 2050, action must be taken now to prevent the extent of damage to people in the future.

Animals are affected by noise pollution in general, and we’re increasingly encroaching on their territories. In more than half of the national parks and wildlife refuges in the U.S., noise pollution has more than doubled, a statistic to which fracking is contributing. The noise from just one drilling site can affect the animals in up to 30 acres of forest.

Mitigating the impact on the community of the fracking byproducts – like noise – is the only chance the industry has to shift the public’s negative opinion on it.

Below are a couple of examples, but first, it is important to know why hydraulic fracturing is happening in the first place.


The hydraulic fracturing method has seen a resurgence thanks to the advancement of the technique in the U.S. in the 1990s and a steep rise in oil prices, deeming an old concept finally economically viable.

The National Petroleum Council estimated in 2008 that the U.S. had enough economically recoverable gas to:

This has provided great opportunities for Americans and prosperity for the U.S. economy, with claims even being made that within the next three years, U.S. oil production will cover 80% of new global demand for oil.

Although the fracking epicenter has fallen in the United States, the rush is indeed global, and known oil and gas reserves are being tapped into around the world.

So what’s the issue with noise?


A collection of health risks associated with fracking has frightened people and gotten activists’ attention. This has led to protests, media attention, a controversial documentary (among others), and even bans across different parts of the country.

The health impacts stem from the possible environmental consequences of fracking, including tainted drinking water, earthquakes, and radiation... 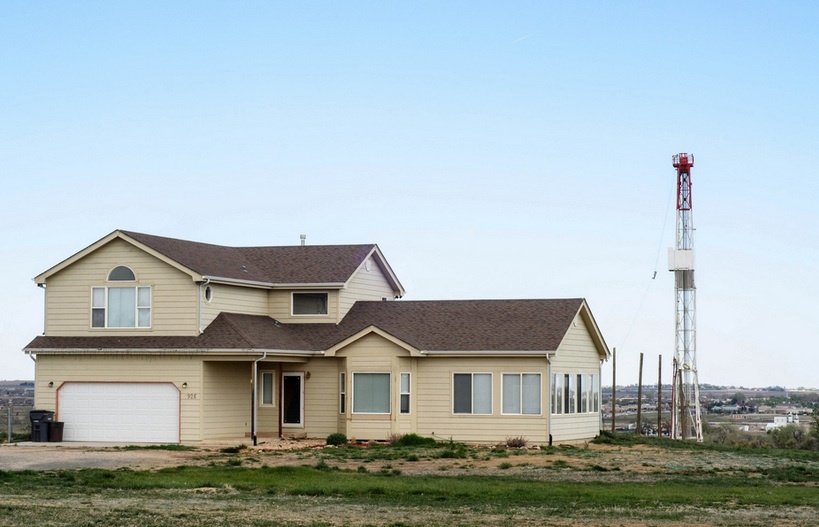 
The bad reputation for making a lot of noise that fracturing has garnered might not have happened if fracking didn’t take place sometimes within a couple of hundred yards of people’s backyards. But because optimal access points to gas sources are sometimes found in close vicinity of civilization, corporations enter in agreements with local councils, landowners, and authorities in order to find a mutual economic benefit, and the fracking process gets underway in the township.

And there begins the skirmish.

Civilians themselves are getting noise readings upwards of 70 decibels inside homes within several hundred feet of a site with poor noise mitigation measures in place. The World Health Organisation says that a long-term average exposure of 55dB is enough to trigger elevated blood pressure and lead to ischaemic heart disease.

The health implications that environmental noise from practices such as fracking has on humans and animals have been widely researched, and are consistently underestimated. In the European Union, 70,000 hospitalizations and 16,000 premature deaths can be attributed to exposure to environmental noise.

The noise pollution generated by fracking is loud enough to put people at considerable health risk.

What is making all that noise?

The noise from fracking stems from various sources; a look at a typical site reveals the orchestra behind the symphony, and usually comprises:

Read: Fracking: What Makes It Noisy?

And so the search for an agreeable solution continues in many cases.

Echo Barrier, however, has provided multiple businesses with a means of diminishing the harm from the noise their sites produce.


The following is an example of how Echo Barrier has contributed to the mitigation of noise on fracking sites.

ECHO BARRIER - The Solution In Practice:

Down in southern Argentina, Hydroner faced the challenge of fracturing a well in the severe Patagonian weather conditions. Keeping a handle on their environmental noise impact was going to be tough with the possibility of sudden 150km/hr gusts of wind, but CEO Christian Farjat was determined to minimize any impact he and his crew made on their surroundings with the operation, and to demonstrate corporate responsibility.

Partnered with Fusiontec S.A., Hydroner innovated a portable framework upon which to mount an Echo Barrier screen. The framework was designed to allow the barriers to absorb noise from a fracturing set in exposed areas, while also being able to withstand the brutal Patagonian winds.

“The frame development and Echo Barrier technology has allowed effective noise control in the harsh Patagonian environment for the first time.”


Fracking in the U.K. is in a tumultuous state and is the center of plenty of controversy.

In northern Yorkshire, Third Energy submitted an application to frack their pre-existing well site, which was granted in early 2016. It was set to be the first fracked site in the U.K. since 2011 when controversy halted the practice, but their efforts were once again been put on hold 2018. In the meantime, Cuadrilla have become the first to reinitiate fracking in the U.K. 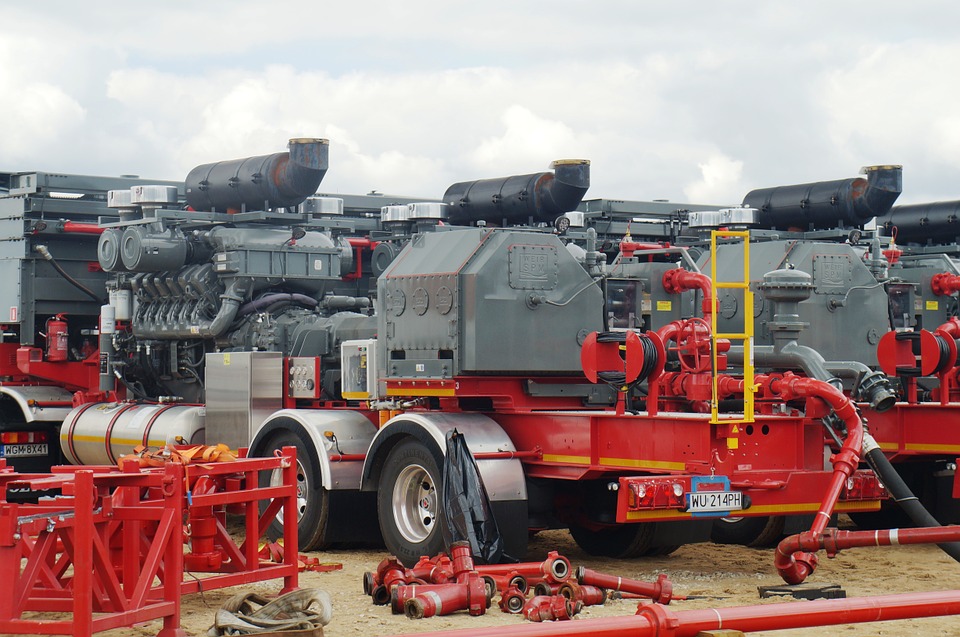 In collaboration with an independent acoustic consultant, Third Energy devised a plan to ensure that noise levels from their equipment didn’t rise over the limits outlined in the National Planning Practice Guidance.

Originally planning on creating a barrier from shipping containers, Third Energy were advised to instead screen their site with Echo Barriers. Not only did this help the company maintain their noise levels below the Planning Practice Guidance requirements, but they massively reduced the traffic they would have introduced to the area.


Instead of needing to make 156 individual movements with trucks, building a sound wall from Echo Barriers brought that number down to just 72 movements.


Due to activism marring Third Energy's operations, the actual hydraulic fracturing procedure has been postponed for late 2018. This meant having to clear out most of the site, which included demounting the barriers. However, due to the design of the Echo Barrier system for efficient deployment, disassembly wasn't an issue for Third Energy, and nor will be the sound wall’s reconfiguration later in the year.


Miners don’t want to drill and frack in people’s backyards, much like the residents don’t want a temporary; it only ends in headaches for everybody. By minimizing the factors that disturb civilians, these resources can be far more effectively retrieved, and less of a footprint will be left on the surroundings of fracking sites.


A quieter site is a subtle and efficient one, sparing time, resources, and stress for both the community and the corporation involved.

Echo Barrier was designed to help contractors effortlessly have their noise mitigation measures taken care off, so that they could get on with their job and the surrounding inhabitants could go about in peace.

Get in contact to learn about how Echo Barrier can be used on your project.